Help, My Wages Are Being Garnisheed! 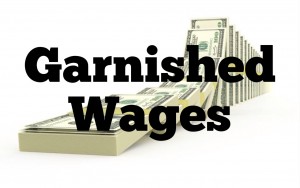 In New York, one of the most effective ways for a debt collector to collect on a judgment is to garnishee your wages.  While the debt collector can only recover 10% of your wages, he hopes that he can shame and embarrass you into paying more before your employer finds out.

If you cannot vacate the default judgment or if the judgment was not by default, it is important to understand how a New York wage garnishment works because you may have time to seek an alternative resolution.

STAGE ONE:
Under stage one, the Sheriff or Marshal serves you with a copy of the income execution giving you 20 days to voluntarily surrender 10% of your take home wages.

STAGE TWO:
If you don’t comply with the stage one demand for voluntary compliance, stage two kicks in and the income execution goes to your employer.  Your employer is then directed to turnover to the Sheriff or Marshal 10% of each paycheck.

The wage garnishment is just one of many tools available in New York to a debt collector.  The best way to avoid having your wages garnisheed and to avoid this unfortunate circumstance is to answer the lawsuit in the first place.  However, as is generally the case, the wage garnishment is the result of a default judgment and the consumer didn’t even know he or she was sued.  In this situation, the best thing to do is to run to the courthouse and get the judgment vacated by filing an order to show cause.  Even better, if practical, hiring a competent and qualified New York lawyer is the best way to fight back against a debt collector and protect your legal consumer rights.