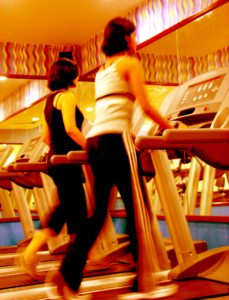 For debt collectors, being awarded a judgment in court is the easy part; enforcing the judgment and collecting the money poses a much greater challenge.  There are a variety of tools available for enforcing judgment but the most prolific may be the wage garnishment.

In a far reaching report produced by NPR and ProPublica, it was revealed that 1 out 10 Americans between the ages of 33 and 44 were having their wages garnisheed to satisfy a debt collection judgment.  The report provides the first available national data on wage garnishments.  According to the report, the highest rates of wage garnishments were against those already struggling – consumers earning between 25 40k per year, below the median income.

While wage garnishment laws and procedures vary state-by-state, the general premise is the same – a judgment is awarded by a court in favor of a debt collector and against a consumer.  To pay off the judgment, a certain percentage of the consumer’s wages are routed from the employer, to the creditor.  In New York, a consumer can have up to 10% of wages garnisheed.  In some states, that percentage can be as high as 25%.

For some judgment debtors, paying 10% of wages may seem like a better payment plan then the debt collector has previously offered.  The problem is this line of thinking ignores the rate of interest imposed on judgments.  Like the percentage of wages garnishment, the interest rate varies from state to state.  In New York, judgments accrue interest at the statutory rate of 9%.

Paying off a judgment with 10% of wages while that judgment is collecting 9% interest can take a lifetime.  This cycle of garnisheed wages and accrued interest may never end.  Also, so long as the judgment is unsatisfied, it will remain on a consumer’s credit making it harder to get new credit in the future.

The wage garnishment is just one of many tools available to a debt collector.  The best way to avoid having wages garnisheed is to not allow it to happen in the first place.  Avoid default by answering a lawsuit.