In What Courts Are New York Debt Collection Cases Filed? 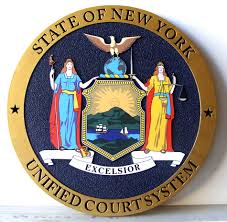 The New York court system is called the “New York State Unified Court System”.  However, the courts don’t always seem to be “unified”.  There are a variety of different courts in different parts of the state that hear different kinds of cases.  Each county has a “Supreme Court”.  The Supreme Court has the jurisdictional authority to hear any kind of case but generally only hears cases where the amount in dispute is over $25,000.00.

The Civil Court of the City of New York has jurisdiction over civil cases involving amounts up to $25,000.  It includes a small claims part for informal dispositions of matters not exceeding $5,000 and a landlord and tenant/housing part for landlord-tenant matters of unlimited amounts and housing code violations.

Each of the five boroughs has Civil Court division located at:

The civil procedure rules for the Civil Court of the City of New York is called the “New York City Civil Court Act” and is cited as “CCA”.

Under the CCA, for consumer debt collection cases brought against a New York City consumer, the case must be filed in the county in which the consumer lives.

CITY COURTS OUTSIDE OF THE CITY OF NEW YORK

All cities outside of the City of New York have their own city courts.  The city courts are courts of limited jurisdiction covering civil actions involving $15,000.00 or less in monetary damages.  The downstate city courts where our office most often sees debt collocation cases include:

Under the Uniform Rules, at least one of the parties (Plaintiff or defendant) must live or have a place of business located within the city where the suit is filed.  This is a different rule than under the CCA which requires that the case be brought only in the county where the defendant lives.

Courts found in the many towns and villages throughout the state have what are called “Justice Courts”.  There are almost 1300 locally-funded Justice Courts located throughout New York State with jurisdiction over a broad range of matters, including vehicle and traffic matters, small claims, evictions, civil matters, criminal offenses and debt collection.

Justice Courts are best known for their small claims parts.  Small claims proceedings are intended to provide a low-cost, simplified and informal procedure for individuals to resolve disputes involving limited monetary claims. Often individual litigants do not use an attorney in these matters and are not required to do so.

The civil procedure rules for the City Courts outside of the City of New York is called the “Uniform Justice Court Act”.

The FDCPA’s venue provisions require that consumer debt collection lawsuits be brought “only in the judicial district or similar legal entity in which [the] consumer resides at the commencement of the action” or where the “consumer signed the contract sued upon.”