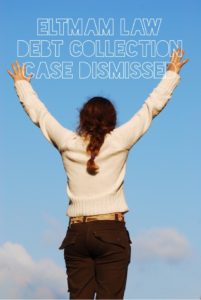 Our client recently discovered for the first time a 1997 default judgment entered against him in the City Court for the City of Yonkers, State of New York by junk debt buyer Merriman Investments, LLC and their collection law firm Eltman Law PC (then known as Eltman, Eltman  & Cooper) when he was notified by his bank that his account had been frozen.

After consulting with our firm, we were retained and discovered that the lawsuit had originally been commenced Capital One Bank but that the judgment was purportedly sold by Capital One to Merriman.

The assignment of judgment comes as no surprise – Merriman, along with its sister company, Erin Capital Management are junk debt buyers, buying portfolios of consumer debts, including default judgments for pennies on the dollar.

It is widely believed that Eltman, Erin and Merriman are all owned and directed by the same father and son team Rory Boyle and Brian Boyle.  It appears that all three entities operate out of the same offices at 101 Hudson St., Jersey City, NJ 07302.

We were successful in having the default judgment voluntarily vacated and the entire case dismissed.  Not only that, we successfully sued Merriman and Eltman on behalf of our client alleging collecting on the improperly assigned judgment violated the Fair Debt Collection Practices Act.  We recovered a confidential settlement amount for our client including our attorneys’ fees.  This meant that our client had no out of pocket legal fees for our representation.

WHO IS ELTMAN LAW?:

Eltman Law, PC, began as “Eltman, Eltman & Cooper”, a captive law-firm and essentially the in-house legal department to notorious debt collection agency Erin Capital Management.  With its growth, Eltman has apparently expanded its client base beyond Erin Capital, changed its name to Eltman Law PC and moved its headquarters from New York City across the Hudson River to the much more affordable Jersey City, New Jersey.

Eltman is an accused notorious violator of federal debt collection laws known as the Fair Debt Collection Practices Act (FDCPA) and is sued regularly by consumers for these violations.  The FDCPA generally prohibits the use of false, deceptive and harassing debt collection tactics.  If a debt collector violates the FDCPA, it can be sued for statutory damages up to $1,000.00, actual damages (like pain and suffering) and the debt collector may have to pay for the consumer’s attorney.

As with all of our debt defense cases, The Law Offices of Robert J. Nahoum, P.C. analyzes debt collection cases brought by debt buyers to determine if any violations of the FDCPA have occurred.  If so, we recommend to our clients that suit be brought in Federal District Court on behalf of the consumer and against the debt buyer.

If a debt collection law firm like Eltman Law violates the FDCPA, you can sue it for statutory damages up to $1,000.00 plus actual damages (like pain and suffering) and your attorney’s fees.  In FDCPA cases, The Law Offices of Robert J. Nahoum, P.C. doesn’t charge our clients a penny out of pocket.