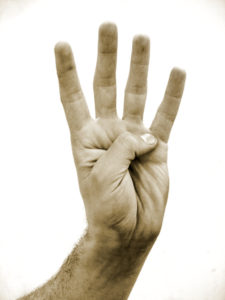 As reported by the New Jersey Law Journal, a three-judge Appellate Division panel ruled that “credit cards issued for a specific retailer are governed by N.J.S.A. 12A:20-725, which deals with the sale of good, rather than N.J.S.A. 2A:14-1, which governs most contractual claims and has a six-year statute of limitations.

‘[W]e hold that the claims arising from a retailer customer’s use of a store-issued credit card—or one issued by a financial institution on a store’s behalf—when the use of which is to make purchases from the issuing retailer are subject to the four-year statute of limitations,’ said Appellate Division Judge Garry Rothstadt in Midland v. Thiel.

The consolidated ruling involves three consumers—Bruce Thiel, Luisa Acevedo and Alisha Johnson—who obtained credit cards from different stores and defaulted on their debts. The assignee, Midland Funding, filed collection lawsuits against all three after the four-year statute of limitations expired but within six years.

Midland appealed all three rulings. The appeals court affirmed the Passaic County judge’s decisions but remanded the Somerset County judge’s ruling for a determination as to whether damages and fees should be awarded.

‘[P]laintiff knew or at least should have known the claims were time-barred,’ Rothstadt said. He said the defendants were allowed to collect damages and counsel fees under the terms of the federal Fair Debt Collection Practices Act.

‘[T]he fact that a third-party creditor provided the financing for a sale of goods did not change the nature of the transaction as a sale of goods,’ Rothstadt said. The purpose of the Fair Debt Collection Practices Act, the judge said, is to protect consumers from ‘abusive debt collection practices by debt collectors.’